← more from
Retro Vox Records
Get fresh music recommendations delivered to your inbox every Friday. 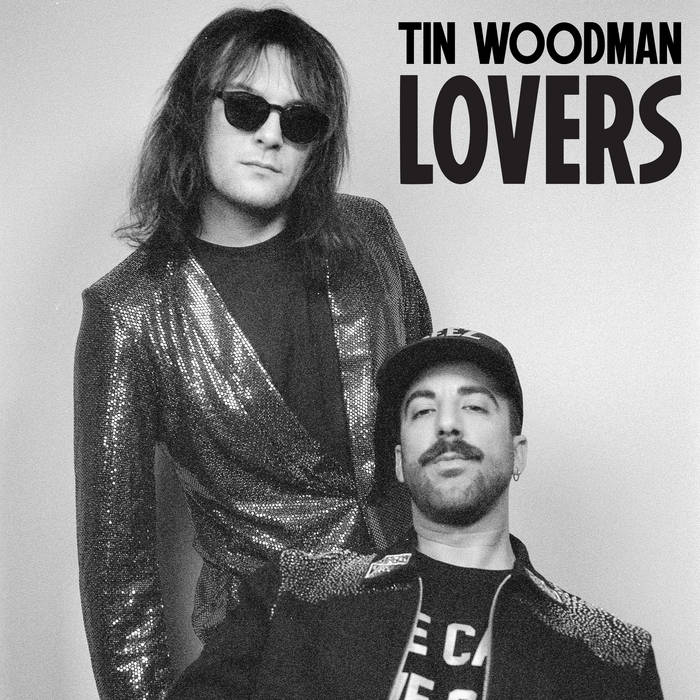 Lovers is the new single by Tin Woodman, a psychedelic hymn to love available on all digital platforms on September 24th, 2021 via Retro Vox Records. The love faced in Lovers is the one between lovers, obviously, but also the love towards oneself, towards art, and towards music.

According to Simone Ferrari (Simon Diamond), Davide Chiari (Dave The Wave) and Tin Woodman, the robot landed from the secret city of Wautah in order to become a rock star: “Lovers. One of most used and abused titles of all time – especially for paintings. Here we want to sing a picture, play a painting of that intense, almost tragic kind of love that makes people both love and hurt each other. A love sonnet from the hood. Like Shakespeare meeting the Beastie Boys, or like Dr. Dre reciting Byron. The redemption of a young male lover; the divine vision of an angelic woman – a guiding light in the artistic elevation of the lover, the Penelope to the Ulysses, the Juliet to the Romeo“.

The song blends alt hip hop, psych-rock, acid blues and art-pop in an imperious flow of amorous senses, recalling influences such as Beck, MGMT and Ty Segall, and features Michele Marelli on drums and a brass trio, formed by Dario Acerboni on sax, Luca Bonardi on trumpet and Davide Albrici on trombone. These collaborations reinforce the concept of artistic empathy.

The attraction towards art, for Tin Woodman, is wonderfully compelling, even better if shared with kindred spirits, and the result in an extravagant madness of love distilled song by song. This is why for Lovers‘ videoclip the Italian band from Brescia called many colleagues and friends to join the shooting. The director Marco Jeannin explains: “Lovers’ video contributes to the definition of the new course of Tin Woodman, with an imagery between rap and glam, in black and white, made of silver lights and reflections. The focus is on the alternation between the band and a series of characters portrayed in the act of simply being themselves. These characters are chosen not by chance: they are friends of the band, of course, but first of all they are artists. There are many musicians, as well as writers and performers. People who believe in love and have given life to a choral experience. To my camera, the task of making them become a single voice, and part of a single video. In a word, Lovers”.

During 2020 Simon Diamond and Dave The Wave returned to the recording studio to work on their second album, at La Buca Recording Club in Montichiari, Brescia, after releasing the debut EP Metal Sexual Toy Boy in 2017 and the first album Azkadellia in 2018. Meantime, they have been engaged in long tours, also supporting names such as Public Service Broadcasting and The Last Internationale, and for the new gigs they have fit out a complete renewal of the entire live set, and Tin Woodman, the world’s only on-stage music-making robot, is getting revamped, with a new feature upgrade covering lights and movements.

Following Tropicalia Woodie Resort, a glam-pop single-party dedicated to the celebration of LGBTQIA + rights and of the freedom of choice, released in the summer, Lovers is now the second brand new single taken from the new album by Tin Woodman, coming in January 2022 with the title Songs For Eternal Lovers. “Eternal lovers are the recipients to whom we dedicate our songs“.

We met three years ago
We loved each other, hated, forgave and loved each other again
You are the woman who gives my plants their name .
The queen of my outbursts and my insecurities
I kicked you while you were on the ground, I'd like to give you a heart of diamonds now
Seeing you naked in my bed can stop the movement of the world in that moment

D D D Dime, you really know who I am
I'm not a buster, you're the only one inside my head
Lady, I'm a lyrical beast.
Don't you know that u for me are the only one
The only one love feast

You who live between laws and duties and break every rule to be with me
You who saw me go away while you suffered more and took me back teaching me love
Princess of looks and sensuality, waiting for my return you have woven a canvas like penelope
But I am here, and I will not go, to live love by loving you

Tin Woodman: a trio made up of Simon Diamond, Dave The Wave, and Tin Woodman, the handsome robot from Wautah. The band boasts a bright, lively, and engaging sound which combines 80’s glam, rock, hip-hop, and hints of electronic music - all beautifully topped off with dazzling choruses with a strong 60’s pop vibe. ... more

Bandcamp Daily  your guide to the world of Bandcamp

Kari Faux drops off her deluxe album 'Lowkey Superstar' plus tunes by Shunaji and Samplelov.